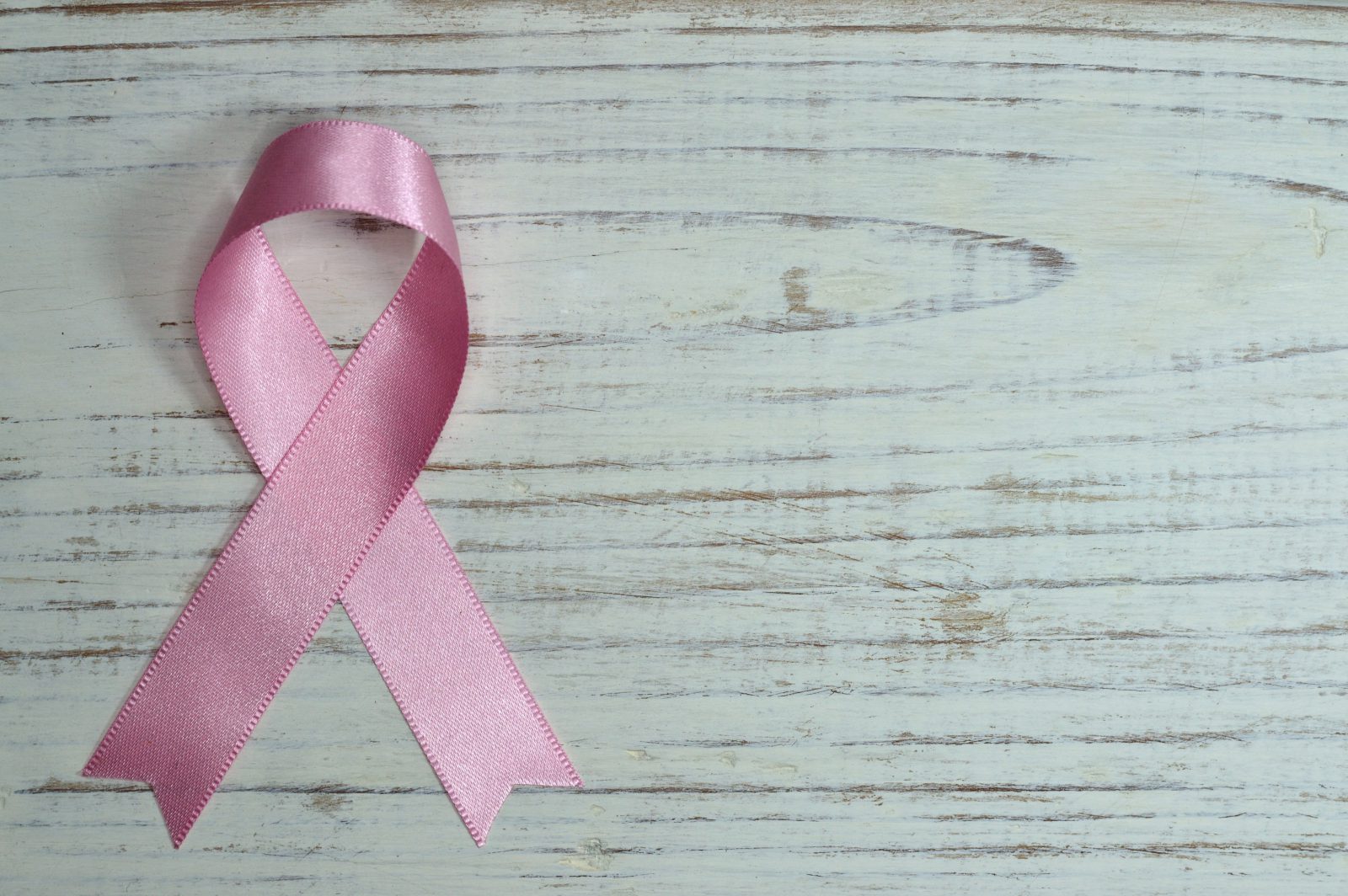 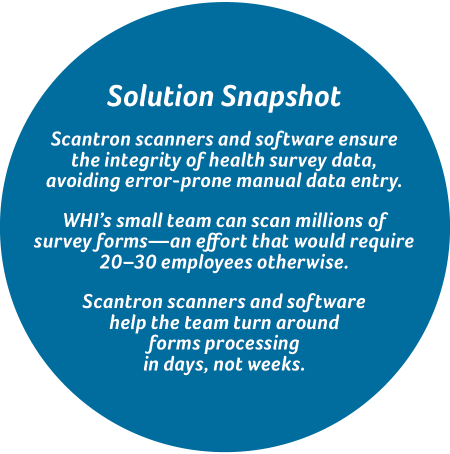 The Fred Hutchinson Cancer Research Center, located in Seattle, WA, performed an ambitious and wide-ranging health research program. The Women’s Health Initiative (WHI) addresses the effects of diet, hormone therapy and calcium supplements on major illnesses like cardiovascular disease, cancer and osteoporosis in post-menopausal women. Scantron was there to help.

Over the course of two decades, the program combined clinical trials and observational studies to track health issues in more than 161,000 women. More than 107,000 women continue to provide health information that drives major scientific research.

Scannable survey forms are the foundation of this massive undertaking. WHI couldn’t consider a manual approach: the program relies on questionnaires collected across more than 40 field centers.

The data management team turned to Scantron to provide robust scanning solutions to cope with the growing volume of forms. By 2005, field centers were processing more than 30 different forms as women went through different phases of clinical trial. From 1992 to 2005, the team scanned 4.6 million forms and more than 18 million sheets from more than 160,000 women. 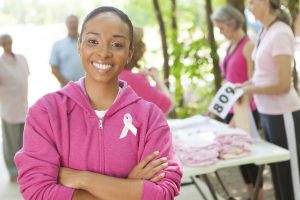 In 2005, the program shifted to a study that continues to track the health of participants, so WHI moved to a centralized process. The team collects multiple types of data in a single pass, archiving each form image, and making images available to WHI sites across the country. Site staff can follow up on reported medical events with greater urgency as they search for documented outcomes.

Since 2005, the team has successfully scanned more than six million follow-up forms—more than 22 million sheets—using no more than two or three Scantron scanners. This data processing success relies on the close partnership between Scantron and the team at WHI to overcome the challenges of such an ambitious project.

For a major research initiative like WHI, the quality of the data is truly life-or-death. This research has resulted in breakthroughs that have prolonged women’s lives. That wouldn’t have been possible unless the WHI could ensure the integrity of the data.

“Getting quality data up front is huge—it’s impossible to put a value on it since all of the outcomes of the research depend on the accuracy of the data,” said Mike Tennyson, a database manager at the WHI Coordinating Center. “The study couldn’t have sustained such long-term, large scale, and high quality research without the cost-effective scanning solutions from Scantron. The precision and reliability of Scantron scanners and software helped to ensure the integrity of our data from day one and continue to do so now. The resulting data have produced groundbreaking research in the area of women’s health.”

“The study couldn’t have sustained such long-term, large scale, and high quality research without…Scantron. The precision and reliability of Scantron scanners and software helped to ensure the integrity of our data…[producing] groundbreaking research in the area of women’s health.”

WHI relies on contracts from the National Institutes of Health. Program budgets have to be held in check, putting enormous pressure on the team to ensure collected data is processed quickly and cost-effectively. Scantron scanners and software provided a pivotal solution to WHI’s sustainability and funding renewal.

“A data study on this scale simply couldn’t operate or receive funding without scannable forms,” adds Tennyson. “Manual data collection would add millions of dollars to our budget. Manual data collection would probably take us 20 to 30 people, instead of two. Beyond the obvious data quality issues, that kind of cost would threaten the viability of the entire program.”

“Health forms arrive on huge pallets as high as your chin, and our data team has to be able to depend on Scantron scanners and software to process them quickly,” said Tennyson. “The faster we capture the data and forward any outcomes, the greater the impact on women’s health research. If we were to attempt this with manual data entry, the effort would easily take weeks—with Scantron scanners and software it takes days.”

Studies that routinely process tens of thousands of forms every month often require performance tuning and software enhancements to keep pace. An issue the data management team encountered was the amount of dust created by perforated forms, leading to scanning challenges that threatened to delay data processing. By turning to the Scantron Customer Support team, WHI was provided improvements so they could continue to meet their high-volume performance needs. 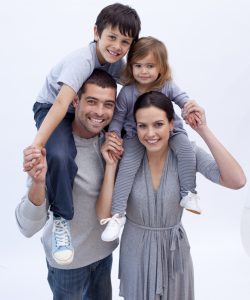 “Scantron provided excellent support and their commitment…was exceptional,” adds Tennyson. “With a software adjustment, [they] enabled us to resume scanning at very high volumes and ensure minimal impact to our goals. Their responsiveness, attentiveness and ownership of the process was impressive.”

All About the Outcomes

“The goal of the study’s data collection and processing effort is to identify outcomes—those are the diamonds we’re searching for,” says Tennyson. “Scantron solutions are playing a major role in helping us unearth these diamonds, including major research findings that continue to improve the health—and lives—of American women.”

This Operator’s Guide is your guide for day to day use of your scanner.…

While moving to online forms can save money and improve efficiency, the migration process requires more thought than simply flipping a switch.

Although the “paperless office” has been a staple of efficiency discussions for decades, there are still many places where paper forms are simply more practical or economical.

You want to prep students for upcoming college entrance and other exams, but you…

View a selection of the elements that power the ACT/SAT Practice Test Scoring solution.

Feedback helps you determine future direction and ensures you are meeting the needs of your various communities. Surveys are a great way to gather this feedback.

Expand the rapid, reliable color scanning delivered by your iNSIGHT 700c. Take advantage of Scantron Flex Modes for sorting and grouping of scanned booklets without slowing your scan processes.