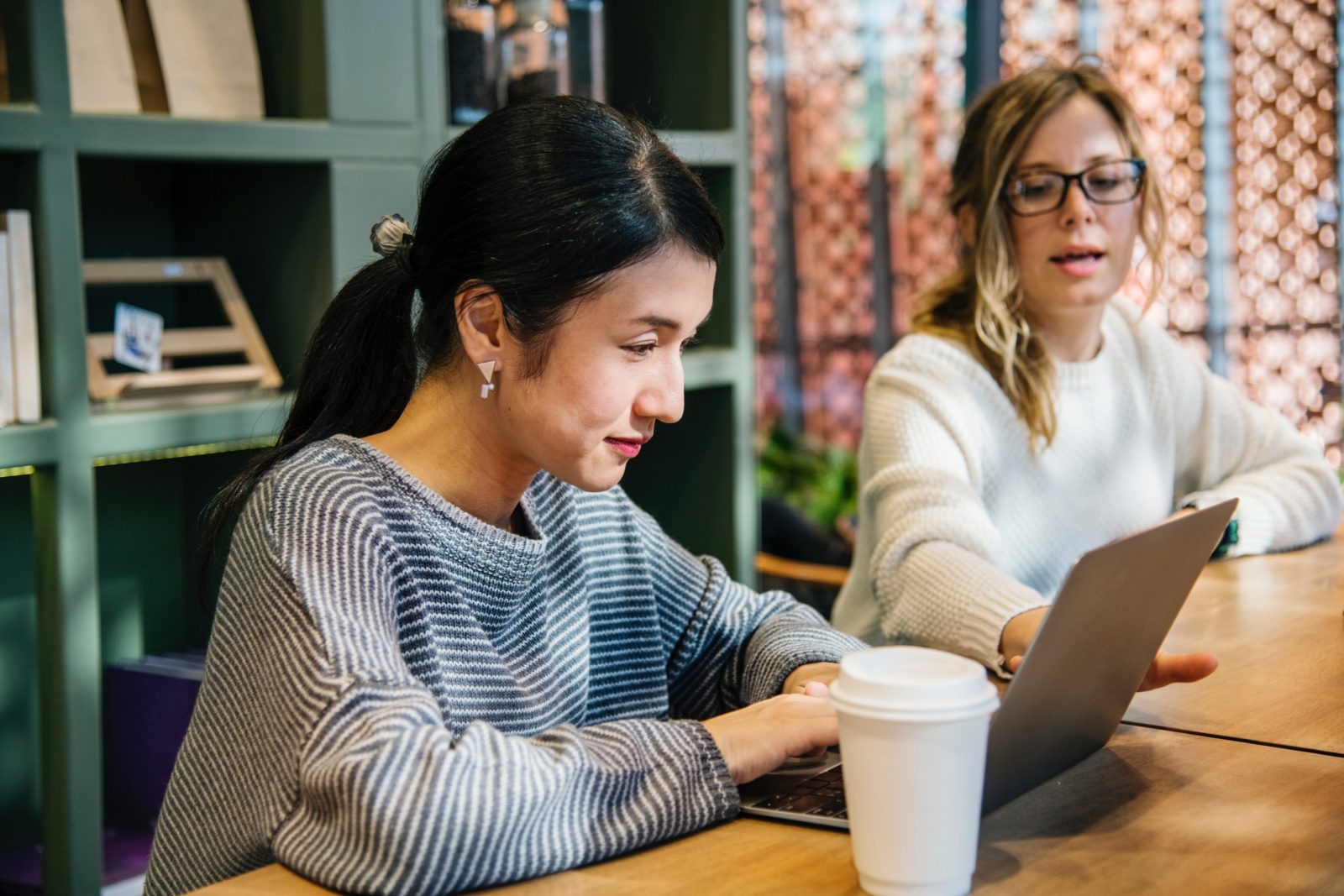 A wide variety of test delivery options to suit you and your candidates, from internet and paper-and-pencil testing provided in secure, proctored environments to more flexible online assessment options.

Scantron offers you a choice in the delivery technique that will best suit your candidates.

Scantron uses its own system for test delivery, the Proctored Assessment System (PASS). Scantron PASS™ was developed and is continually maintained by our software engineers to take advantage of today’s technologies. PASS is proprietary software, hosted exclusively by Scantron for all of our delivery options, including testing sites, practice test environment, and online, remote proctoring solutions. The reliability of PASS is greater than 99.9%. Examination data is delivered via secure socket layer (SSL) encryption technology to ensure secure data exchanges.

PASS is very easy to use, permitting candidates to mark items for review, return to previously answered items, go to specific items, and review answers before submitting the test for scoring. Scantron’s demonstration module walks candidates through all of the system’s features and functionalities and allows them to become completely familiar with the system.

The Scantron testing software allows distribution of certification and licensure examinations online anywhere in the world that has Internet access.

Scantron has expertise in delivering tests via a variety of methods. Its standard test administration procedures meet or exceed all requirements set forth in the Standards for Educational and Psychological Testing provided by the AERA, APA, and NCME (2014); these procedures are continually evaluated to ensure quality, consistency, and security.

Scantron can deliver and proctor reliable, convenient testing at our facilities or at clients’ facilities. We also offer approximately 500 testing locations throughout the United States and Canada and another 400 locations internationally. Our existing network provides very strong coverage, and we continually monitor testing trends and recruit new testing centers to stay ahead of client and candidate demands for specific locations. Scantron’s site network is infinitely scalable and flexible to meet the needs of our clients’ windowed or on-demand testing schedules.

Scantron offers live, remote proctoring services. Live, remote proctoring provides 24/7/365 scheduling and delivery, system check, identity authentication, and monitoring and recording of the test taker, the environment, the computer, and its processes. A client may also choose to augment remote proctoring security with candidate webcam video and audio. With this option, the proctor authenticates the candidate and ensures that the connection and recording are established before leaving the session. The video and audio from the session will be available for post-monitoring and auditing for 15 to 30 days.

Scantron’s test sites and our well-trained and certified proctors ensure a secure and consistent environment for testing, one that is conducive to the best possible performance by the candidate. Scantron sites have limited and monitored access so only qualified candidates can gain admittance to the facility to take the examination. All sites are continually monitored against our high standards for security, proper room size, ventilation, sufficient number of left-handed seats, accessible restroom facilities within the test center, controlled smoking areas, and noise control. Over 350 of Scantron’s U.S. test sites have video monitoring and recording capabilities.

Scantron’s proctors are highly-qualified individuals who have considerable experience in test administration. They are formally and continuously trained in proctoring and administering high-stakes examinations to ensure a high degree of consistency during the test administration.

Scantron’s testing center personnel closely monitor candidates during testing, including check-in, scheduled breaks, and check-out, to detect and report any examination malfeasance or disruptive candidate behavior. Any unusual, disruptive, or unwarranted activity by a candidate is immediately addressed by a proctor. In the event of an examination irregularity, Scantron’s proctors follow a strict procedure to address, document, and report the irregularity.

Optional Voice Biometrics (Voice Recognition)
Scantron captures a candidate’s voice print through a short automated phone call. This voice print is stored in the candidate’s record and checked again at the test site, and again through a short automated phone call. The automated system immediately analyzes the voice sample to determine if it matches the initial sample. Scantron’s voice biometrics service provides a high level of reliability in authentication, over many of the other choices on the market that do not match the sample to any previously captured database.

On request, Scantron can suggest locations for test sites on the basis of a ZIP code analysis of candidates who register for the examination.

Comprehensive Support Services
Scantron offers an experienced staff to assist you and your candidates with many services, including:

As a leader in the licensing, certification, training, and test delivery industry, Scantron has recognized the demand for a secure, online exam-delivery solution that satisfies your organization’s needs and the scheduling flexibility your candidates want. That’s why we have partnered with Examity, a front-runner in live remote proctoring (LRP) that uses cutting-edge technology and operations to bring LRP test delivery to the next level of security and convenience for your organization and your candidates.

What is Live Remote Proctoring?

LRP allows your candidates to take their online test from their home, or any quiet and distraction-free location, while Scantron’s live online proctors monitor candidate behavior throughout the session. In addition to active monitoring by proctors, all candidates’ computer systems and screens are recorded for review purposes. This includes audio and video of the candidate, video of the computer screen, and activity on the computer before and during the exam.

What is the Difference between LRP and Remote Proctoring?

Scantron’s proctors are authorized to end an exam at any time, if aberrant behavior is detected. We also record each candidate’s audio, video, computer screen, and keystroke information. In the event that post-test conduct questions arise, all data can be reviewed and made available to you.

How does Scantron Protect Intellectual Property and Deter Cheating?

Scantron uses the same high standards in LRP that we enforce in our test sites. Scantron protects your intellectual property before, during, and after exam delivery by offering multiple layers of protection to prevent test theft and deter cheating. Backed by our secure testing engine, PASS, our guidelines focus on security during all stages of the examination process.

How Does LRP Help Confirm Your Candidate’s Identity?

Validating your candidate’s identity is important when a test is delivered by any method. Scantron’s solution is equipped with several monitoring and technology safeguards and options to assure candidate identity validation.

Scantron prepares and distributes personalized paper certificates and wallet cards to initial passing and renewal candidates or others achieving a client-based milestone. Certificates are customized for each client, are suitable for framing, and include the candidate’s name, certification number, and date of certification expiration. Certificate mailings also may include other items, such as lapel pins or printed material, which the client may provide for Scantron’s distribution to the candidates.

Digital badges are third-party verifiable icons that are packed with information or “metadata” about the issuing organization, as well as when and how the credential was earned and when it will expire. They can represent accomplishments such as knowledge competency, attendance, participation, or the completion of a professional credential.

To bring you the most reliable and secure digital-badging service possible, Scantron has enlisted BadgeCert Inc., a leader in digital credentialing and professional recognition, for the delivery, management, and verification of our digital badging services. Digital badges have gained significant traction in the credentialing industry, and BadgeCert’s reliable security and verification capabilities will protect the integrity of our customer’s credentials.

How are Digital Badges Implemented?

Your organization will work directly with Scantron to create a unique digital badge for each of your credentials. As credentials are earned, Scantron’s integration with BadgeCert’s technology will award the verified credential. The earner may begin securely sharing the badge in social networks and with individuals as soon as the credential is earned.

What value do digital badges deliver?

For the Issuing Organization

Scantron offers more than 1,350 test center locations in over 115 countries that allow us to provide Internet-based and paper-and-pencil testing in a proctored environment. Of the top 100 U.S. cities by population, 98% of candidates are within 15 miles of a Scantron testing center. We pride ourselves on the consistency and quality of our testing facilities.

Our attention to detail and advanced technology make our testing exceptional for our candidates. Our network is scalable to fit the needs of our clients; for programs researching a delivery partnership, Scantron can provide a zip code analysis of our sites in relation to your candidate population.

Not all test delivery providers, networks, and support services for secure internet-based testing are created equal. Scantron has many notable advantages in terms of the security and reliability of our exam delivery system, and the quality of our customer service.

Ask about our certification and licensure services