With the Scantron Score™ standalone scanner/test scoring machine, instructors can accurately score 30 to 40 tests per minute then immediately determine how students performed. 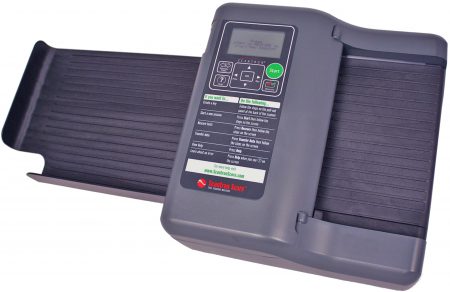 Scores 200-question objective tests (multiple choice, true/false, matching). Prints an error mark or the correct answer next to the wrong answer. Prints the total number of wrong answers as a raw score or percentage and raw score. Prints a serial number identifying each form.

Prints the number of tests processed, number of students answering each question incorrectly and an average score.

Combines a score from an objective-based test with results of a performance-based assignment into one raw or percentage score.

Reads up to 100 items per side (multiple choice, matching, true/false, etc.).

The Scantron online store is your one-stop location to order forms and scanner supplies. 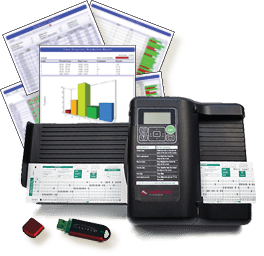 You need accurate, reliable results for your tests and quizzes. For more than 40 years, Scantron has had a proven track record for assessing student and employee knowledge efficiently and accurately. Use a Scantron® scanner to quickly score your tests and the power of Remark™ reporting to analyze the results. With just a few clicks, identify your students’ gaps and achievements.

All you need is a nearby grounded electrical outlet and you’re ready to scan and score test forms.

Plug it in, Get results! with Scantron® and Remark® You need accurate, reliable results…

Request Information about a Scanning Solution