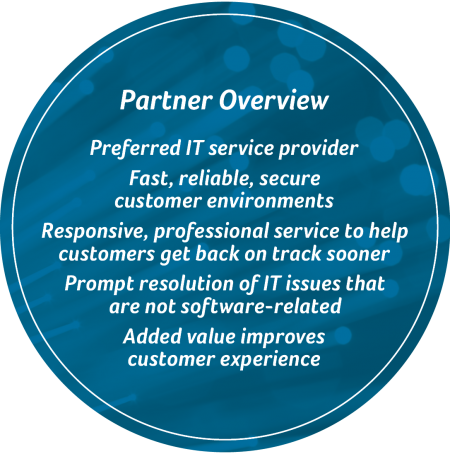 Scantron Technology Solutions has provided IT solutions to customers of Tribute, Inc. for more than a decade. Mutual customers enjoy fast, reliable, and secure environments and they know that they will get speedy resolution to their IT issues. It’s a model for a positive and profitable partnership.

Tribute, Inc. is an ERP software specialist in the fluid power, motion control and automation distribution and fabrication industry. TrulinX is Tribute’s Windows®-based ERP flagship product. Tribute’s software products are installed in more than 650 locations across the United States. For more than ten years, Tribute has recommended Scantron as a preferred third-party vendor to resolve non-software IT issues and provide managed IT and hardware services.

According to Jeff Waite, Customer Relationship Manager for Tribute, the company first sought a reliable partner when rolling out a new product, their SQL-based TrulinX software, in 2004. “When we launched TrulinX, our first customers were smaller distributors that weren’t used to the increased hands-on IT and network-related expertise that was necessary in a Windows platform. We needed to find a reputable company that could help our existing customers, plus help us onboard new customers.” “Scantron had the IT hardware and network administration talent, as well as the breadth of locations across the nation. Since then, we’ve been growing the partnership and we rely heavily on Scantron.”

Scantron supports dozens of Tribute’s customers with a range of managed IT services, managed print services, and IT hardware service and support. Waite, who has worked closely with Scantron during his five years at Tribute, notices that Scantron can resolve issues much more quickly than other IT service providers who do not have a working relationship with Tribute.

“A small distributor might hire a friend who knows something about computers but isn’t an IT professional or doesn’t have the licenses and certifications that you’re going to find with Scantron,” he says.

“IT providers unfamiliar with our software will start troubleshooting and, instead of diagnosing a network or hardware issue, which it often is, they will tell the customer to call TrulinX support. This can cause a lot of back and forth phone calls to diagnose what may be a simple network issue and take much more time than needed to resolve.”

“Scantron works with our customers to resolve issues, and many times we don’t even know about it, if it’s not related to TrulinX. But if there is any kind of issue going on that we need to address, everyone at Scantron — from sales reps to technical support — will reach out to us and let us know, so we can nip it in the bud and get the customer back on track.”

Waite appreciates that customers who use Scantron have their non-software-related issues addressed, without having to pay unnecessarily for Tribute support. “Scantron works with our customers to resolve issues, and many times we don’t even know about it, if it’s not related to TrulinX. But if there is any kind of issue going on that we need to address, everyone at Scantron — from sales reps to technical support — will reach out to us and let us know, so we can nip it in the bud and get the customer back on track.”

With 20 percent of Tribute’s customer base utilizing Scantron’s IT services, Scantron is the preferred IT support vendor for Tribute and TrulinX. According to Waite, “We partner with 16 other third party vendors, such as credit card service companies, document imaging, barcode scanning, inventory management services and others. We value our relationship with Scantron because we know that the job will be done quickly and correctly.” 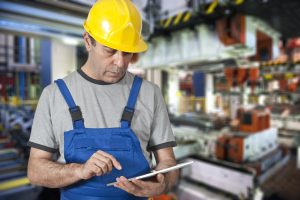 Tribute and Scantron are constantly looking for new ways to add value for Tribute’s customers. “When we’re working with a prospect to determine if we’re a good fit, we’ll provide them with a brochure that includes Scantron and our other third party providers,” says Lorna Henderson, a sales and marketing specialist at Tribute. “We view it as a dynamic extra that elevates that whole process and sets us apart.”

Tribute sales consultants especially recommend Scantron in opportunities where a prospect has little or no IT resource because their services are so integral to running an efficient operation. Future plans include co-hosted webinars about issues relevant to Tribute customers.
In the future, Tribute and Scantron will collaborate on tracking support tickets to compare the amount of time and resources Tribute devotes to supporting their Scantron customers versus others. “We’ll be very interested to see the difference in support costs when customers work with a preferred vendor,” Waite says.

Overall, the partnership creates an optimal work environment for our mutual customers who know that, between the two companies, their IT and ERP software needs are covered.

You can’t control your customer’s IT experience, but a highly accountable IT support partner can…

We provide critical support — onsite and remote — to organizations that do not have in-house IT support or that need to supplement their existing IT support program. At more than 52,000 sites nationwide, customers use our solutions to keep their organizations running smoothly and productively.