Building Products, Inc.
A Technology Leader within Its Industry with Scantron IT Services 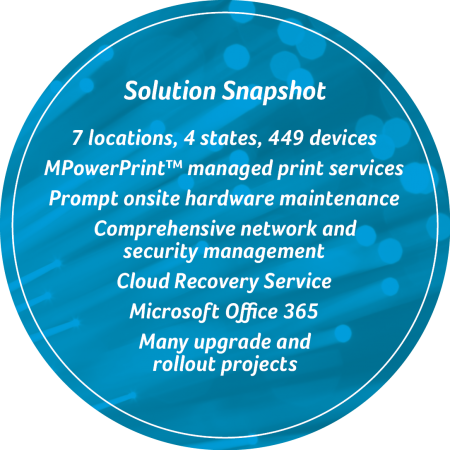 Getting value from a wide range of Scantron services, plus having a responsive team of dedicated experts who know their company’s systems inside and out, has made a significant impact on BPI’s bottom line. Over its nearly 20 years with Scantron Technology Solutions, BPI has grown and expanded to many locations with confidence while keeping IT costs minimal.

Building Products, Inc. (BPI), founded in 1957, is a family-owned building materials supply company, based in Watertown, South Dakota, with seven locations around the Midwest. For decades, they have partnered with Scantron Technology Solutions to provide hardware maintenance services. The relationship expanded to include managed print services and managed IT services, including service and support around BPI’s mission critical hosted business management software, DMSi Agility.

With about 300 staff members — and very little employee turnover — across seven locations in the Midwest, the building materials supplier runs a tight ship, particularly when it comes to IT.

“In this industry, the normal IT budget is usually about 3.7 percent of sales. Our budget is probably about 1.8 percent.”

“In this industry, the normal IT budget is usually about 3.7 percent of sales. Our budget is probably about 1.8 percent,” says Rangel. Despite such a conservative rate, BPI has developed a reputation as a leader in leveraging IT. “We’ve had compliments from other people in the industry on our technology. For us being based in South Dakota, our technology is probably much more advanced than that of people in bigger markets.”

Rangel chalks up this success to partnerships with a select group of independent IT vendors, of which Scantron is proud to be one. “That’s one of the first things we think about when we open a new location,” says Rangel. “Is Scantron going to be able to provide service? It’s that important to us. What we pay is well worth it.” 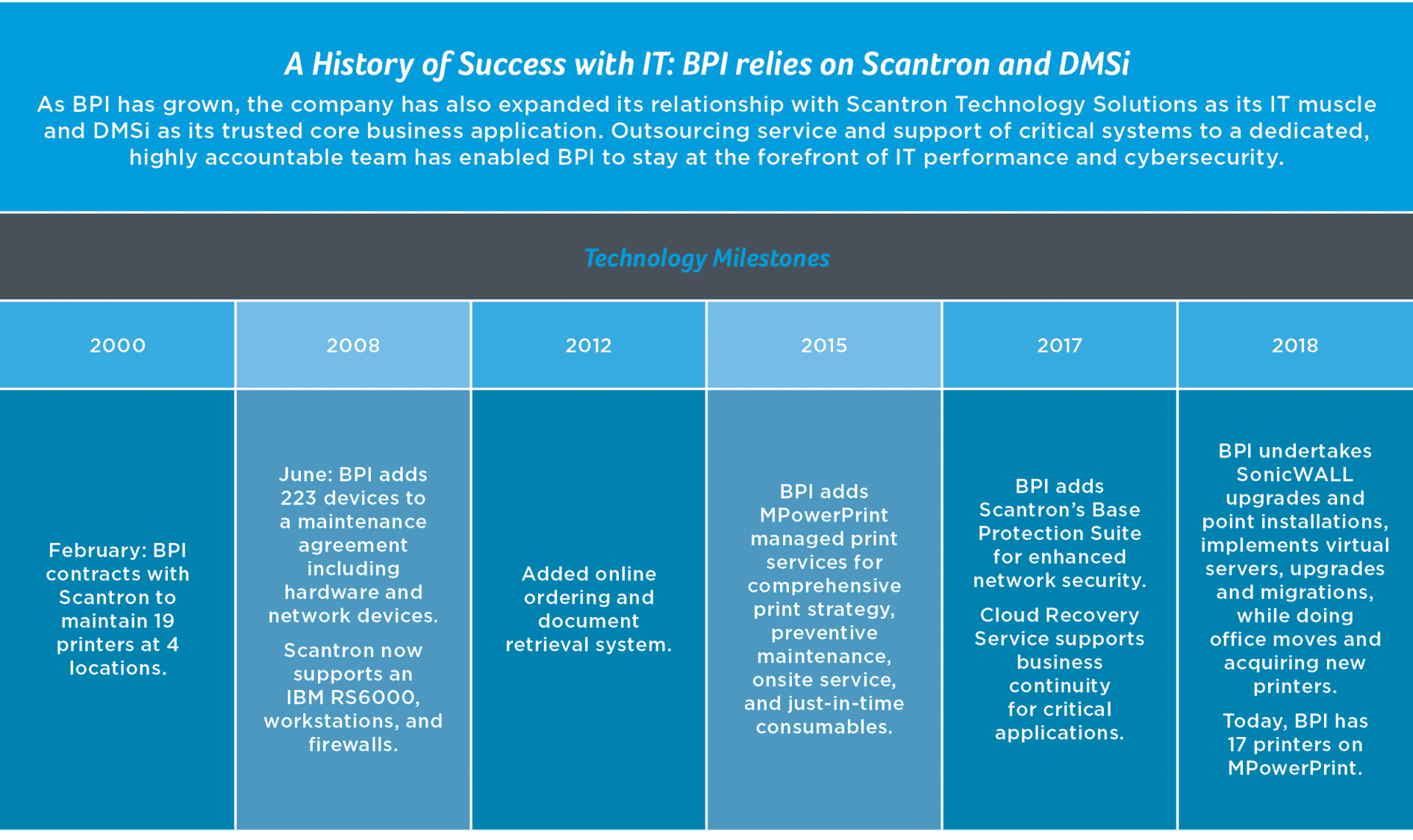 Rangel, who worked for DMSi before joining BPI, says he appreciates knowing that, with Scantron, help is always just a phone call away. “When we redid our network at our corporate office, we came into it not knowing a lot about our surroundings of the network and we had to piece everything together from the beginning. Our Scantron representative volunteered to come up and help us with that install, and spent two days with us, helping us through the middle of the night, getting it all done. It was just unbelievable the level of service we got,” he says. “Another time, another rep got up in the middle of the night to help us deploy some security updates. We found out later that he was leaving early the next morning to go tailgating at a Nebraska Cornhusker football game. That kind of dedication we get from the Scantron staff is just amazing.” 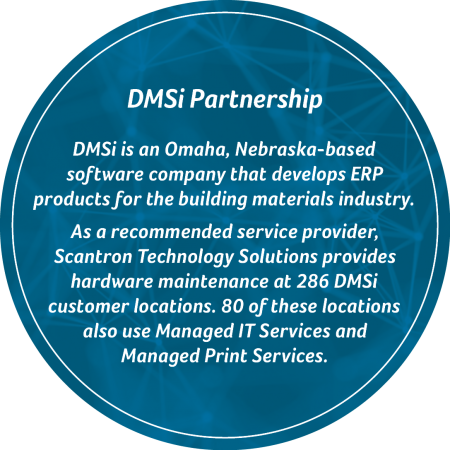 Over the years, the relationship between BPI and Scantron has expanded to include network administration, email services, and web virus scanning, as well as a backup solution, which Rangel says has alleviated a lot of worry about backing up their servers. “We have a wireless backup on all of our circuits to help with any outages. That seems to work really well. There again, the setup of it and the install of it, Scantron was involved from day one and now it works. That’s all we know is: it works.”

Other than a dedicated team of field service technicians and remote support, what value does Scantron provide to BPI? “Reduced overhead, expert networking advice, internet filtering made easy, email assistance, streamlined patching and updates, assessment of our infrastructure, advice on changes, and the list could go on.”

The peace of mind Rangel has in knowing that everything is humming along beautifully also applies to MPowerPrint, Scantron’s trademarked managed print service. “We had a contract come up for renewal and we offered Scantron part of that to bid on it, and they earned our copier services and our managed print services. I can’t tell you how much I like these services. You don’t pay unless you print. And the price? We print more stuff in house instead of sending it out to printing services—that’s how cheap it is.”

Rangel says that his customer relationship managers at Scantron know BPI as if they worked in-house and he trusts their advice about new innovations and updates that come down the pike. “Right now, they’re helping us lock down wi-fi so that people don’t have open access to wi-fi on company equipment that goes outside of our network, and then comes back in. We didn’t even know that was possible,” Rangel says. “Scantron’s really helped us take our network to the next level.”

“We’ve had compliments from other people in the building products industry on our technology. For us being based in South Dakota, our technology is probably much more advanced than that of people in bigger markets.”

What keeps BPI as a customer? “There are specific individuals who have shown dedication to us over several years whom we treasure. You offer competitive, fair pricing,” says Rangel.

“In 2013, we began to audit all our IT vendors and created a scorecard. Scantron is our number one vendor on the scorecard. We have reviewed all aspects of our IT business for possible other vendors, except for Scantron.”

Scantron is privileged to play a role in BPI’s success and expansion and we look forward to helping them continue to grow. “We know when we call you, you will be there to help us,” says Rangel. “As long as that’s the case, there are no ifs, ands or buts about it; Scantron will always be our partner.”

Reduce risk and improve security without investing in a large security team and high-level security infrastructure.