Stonewall and the Origins of Pride Month

As we celebrate pride month, Scantron values the uniqueness of individuals and the freedoms to express themselves each and every day.

Note: Although today we use the term LGBTQ+ to denote lesbian, gay, bisexual, transgender, and queer people, this term was not used during the time of these historical events. This article uses LGBTQ+ rather than the historical terms of that time, which typically referred to “Gay Liberation” and “Gay Pride.” 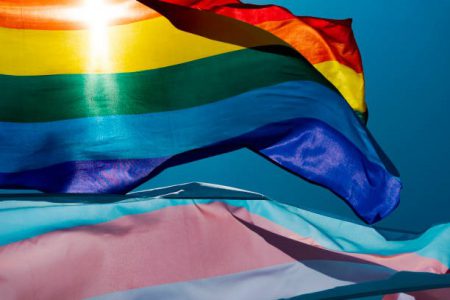 Most people are familiar with LGBTQ+ Pride Month, occurring every June throughout the world. Cities large and small hold Pride parades and other events to create community for LGBTQ+ people and to promote awareness of LGBTQ+ issues.  But did you know that the original Pride parades, which began in 1970, started as activist marches to commemorate the 1969 Stonewall riots?

The Stonewall riots are named for the Stonewall Inn in Greenwich Village, a Mafia-owned bar that catered to LGBTQ+ individuals. It and other local Mafia-owned bars were some of the few places LGBTQ+ people could gather to drink and dance during a time when public gatherings by LGBTQ+ individuals could result in violence and arrest. Then, as now, being “out” could get one attacked, fired, or discriminated against. Being “out” also could result in arrest because homosexuality was a crime in many jurisdictions.

The Stonewall Inn was one small public haven for LGBTQ+ people to gather and socialize because the Mafia would pay off local police to prevent raids. However, on June 28, 1969, the New York City Police raided the Stonewall Inn.

Officers quickly lost control of the situation as patrons of Stonewall, patrons of other Village LGBTQ+ bars, and neighborhood residents fought back when the police became violent. Tensions between New York City police and LGBTQ+ residents of Greenwich Village erupted into more protests the next evening, and again several nights later.

The Stonewall riots are one of the most important events leading to what was then called the gay liberation movement and the fight for LGBTQ+ rights in the United States. After the riots, people in Greenwich Village and beyond began to publicly organize into activist groups. They first concentrated their efforts on establishing places for LGBTQ+ people to be open about their identities without fear of being arrested. This expanded over the years to include marriage equality and other civil rights causes.

The first Pride events occurred in New York City, Los Angeles, San Francisco, and Chicago a year after Stonewall in late June 1970. These activist marches, held to commemorate an historic event, were also a celebration of pride after years of hiding. To this day, Pride encourages the promotion of the self-affirmation, dignity, equality, and increased visibility of the LGBTQ+ community.

Pride also reminds us that while there is far more legal and cultural acceptance of LGBTQ+ people than 52 years ago when the Stonewall riots took place, LGBTQ+ people still lack full equality in the eyes of the law and in society, culture, and day-to-day life; it is especially a challenge for LGBTQ+ people of color and for transgender people. As we celebrate Pride this June and throughout the year, let’s expand our understanding, awareness, and advocacy for the diverse individuals who identify as LGBTQ+ and continue to build equity for all LGBTQ+ people.

Those in the LGBTQ+ community know the path and the history and the struggle even if they weren’t there when Pride started. They also know that every day is an attempt to continue the work toward equality by respecting and remembering those brave forebears. And this is much the same for anyone who identifies as a minority or who has been marginalized. They live each day working toward an inclusive, respected, and proud existence. They work toward living a full, authentic life of inclusion, respect, and non-discrimination.

As Marsha P. Johnson once said, “No pride for some of us without liberation for ALL of us.”

This blog post brought to you by the Scantron Women’s Network and BELONG, our Diversity & Inclusion committee. BELONG and the Women’s Network are aligned in creating awareness of and promoting equity and inclusion.

BELONG is a company-wide focus on inclusion of each of our many views, perspectives, experiences, and the value of the uniqueness of each of us.

The Women’s Network is a corporate-wide group of women and men coming together to foster women’s professional development, connectivity and outreach.

Scantron values the uniqueness of each of us and how that collectively affects and enhances our everyday workplace and our comprehensive strategy for sustainability and growth of the business. The full potential of our effort can only be realized when all of us feel included, that we belong, and that we are respected for who we are and what we offer. The feeling of belonging has the strongest relationship to engagement.

Celebrate the Women in Your Life Welcome to Women’s History Month, kicked off by…