The ninth Future OPS bank tech conference was one of the best ever. For several vendors including Microsoft and Harland Clarke, it was their first time sponsoring. We had 85 total attendees from dozens of banks and financial service providers. This year we were pleased to see 25 total sponsoring vendors, including many veteran vendors who have exhibited for several consecutive years. Special thanks to premier sponsors Tierpoint and Shazam for providing the snack bar and the lunch.

All of the sessions were well attended, and the highly anticipated Security Round Table at the end of the day was no exception. Scantron specifically presented on the importance of a managed print strategy (see the associated article) and managed security services, which is a parallel offering to affianceSUITE FI. 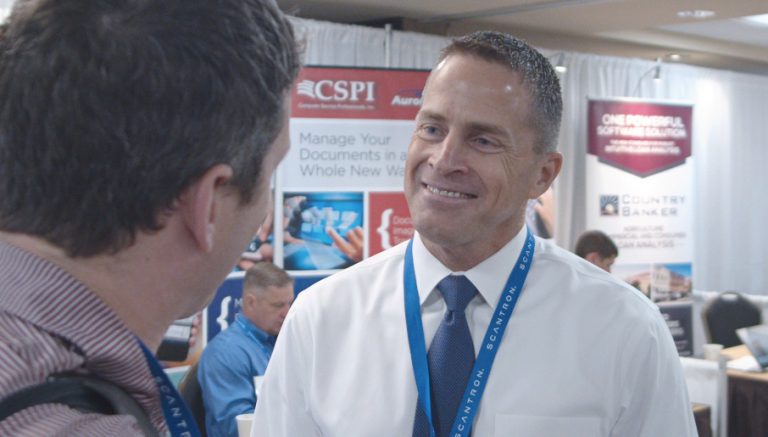 Throughout the day, we also interviewed attendees, vendors, and a few of the conference organizers. We will produce a short video which we will share as soon as it’s ready – look for it in June.

To capture everyone’s feedback, attendees and vendors were sent a short survey. We’ve already heard back from about 20% of the people and we’re going to discuss implementing event improvements over the course of this year. We adjusted our schedule and added the Security Round Table based on the survey from Future OPS 2018.

We’ve begun to post PDF versions of breakout session presentations to the Schedule page. Look for the session titles in bold.

Stay tuned for Future OPS 10 in 2020, which should be posted to the event site, www.futurebankops.com, at the end of this year.